March, 2017
​
Program Notes by Sanford Dole
After the delightful time we had performing with a woodwind quintet during our successful Christmas concerts, it is exciting to have a string orchestra and harp join us for today’s program. Once again, as we are doing all season, we’ll be presenting the premiere of a newly commissioned work. This time, it is my own composition, Songs of Isaiah, receiving the honor. I can’t wait to share it with you, but as it comes at the end of the show, I’ll tell you more about it later. 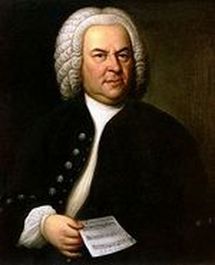 We’ll begin the concert with one of the pillars of the choral repertoire, the first of J.S Bach’s six surviving motets, Singet dem Herrn ein neues Lied (Sing to the Lord a new song), BWV 225. It probably dates from early in 1727, and most likely was created for the Leipzig city and university festival celebrating the birthday of King August, who visited the town after having survived a grave illness. However, scholar Steven Daw believes that Bach wrote Singet dem Herrn for a memorial service for the Queen of Poland. She was seen by many German Protestants—Bach included—as a Lutheran martyr. She spent the last thirty years of her life in exile from the Polish court after she, unlike her husband, refused to renounce Lutheranism for Roman Catholicism. Whatever the impetus, the virtuosic writing, the use of a double choir, and the length of the motet imply that it was a special occasion indeed.

Bach divides the motet into four clear sections. The first is a lively setting of the first three verses of Psalm 149, and clearly focuses on the word “singet,” stating it more than 50 times. The multiple repetitions of this word, the energetic rhythms, and the use of the two choirs independent of each other create the feeling of singing echoing throughout the world in praise of the Lord. There is a wonderful example of word painting as well. Listen for the long, rhythmic melismas on the word “Reigen” (dance).

The second section is reflective. The two choirs are still treated as independent entities, but Choir Two takes on a distinct character, performing a chorale on a text taken from Johann Gramann’s hymn Nun lob, mein Seel, den Herren. Although the source of Bach’s tune is unclear, it is similar to the famous setting of Psalm 100, known as “Old Hundredth” or “Praise God from Whom All Blessings Flow.” Each phrase of the chorale is interspersed with Choir One singing a completely different text and melody in a more elaborate style.
​
The third section starts with the choirs vigorously declaiming the second verse of Psalm 150, “Lobet den Herrn in seinen Taten” (Praise the Lord for his mighty deeds). This section is purely antiphonal and far less complex than the first movement.  It leads directly into the final section, in which the two choirs become one, singing a wonderful fugue on the last verse of the Psalm.

The 13th century Roman Catholic sequence, Stabat Mater (“The mournful mother was  standing”), attributed to Pope Innocent III and Jacopone da Todi, is a powerful and immediate meditation upon the sufferings of the Blessed Virgin Mary during the crucifixion of Christ. As he hangs, dying on the cross, she shares his agony and his pain; however, the poem is also an offering of hope—hope that, through the sacrifice of Christ, we may all be free of suffering.

Divided info four sections (that are performed attacca—without a break) my setting of this powerful and moving poem attempts to portray the journey from darkness, despair and suffering to light, rest and final, everlasting peace.

My composition is constructed in an arch-shaped design with material being mirrored, stratified and transposed throughout. The first section is a prelude that is built upon a fragment of a plainsong, Ave maris stella (Hail Star of the Seas, nurturing Mother of God). The plainsong is never explicitly revealed, but colors the harmony. As the movement comes towards a natural close, the music gently transforms into a lyrical elegy—a solo soprano offers up prayers of hope—and, for the first time, the harp enters, playing soft arpeggios (in my mind representing incense, a physical aid to prayer).
​
The third section is a kind of passacaglia with a number of themes overlapping, interweaving and commenting upon each other in a whirlwind of choral and instrumental virtuosity. This then gives way to the final section, a musical “summing-up” of the entire piece. Material from all three previous movements is brought back in differing guises until we reach a powerful climax. At this point the choir sings “let my soul be granted the glory of Paradise” and, after this offering of hope and supplication, the work ends quietly with high voices and the harp dropping out until only the tenors and basses, in their lowest register, remain. 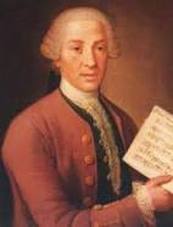 Born in the Kingdom of Naples, Francesco Durante studied with Alessandro Scarlatti at the Conservatorio Sant’Onofrio and later succeeded him in the position. his fame as a teacher was considerable, and he was known for insisting that his students strictly observe the rules of compositional technique. Durante distinguished himself as a composer of church music, unusual among his fellow composers, most of whom favored writing operas.

Durante’s four-part Magnificat in B♭ is among the most familiar pieces of 18th-century Italian sacred music. But its popularity today has been achieved thanks to his student, Giovanni Pergolesi, under whose name it is commonly known today. The eighteenth and nineteenth centuries knew the Magnificat as a work by Durante. It was only in 1910 that it was ascribed to Pergolesi, based on a single manuscript copy that bears that name, despite there being 21 other manuscript sources bearing Durante’s. The confusion may have arisen because in the most definitive manuscript, clearly in Durante’s hand, the score has five voices, including an extra soprano part. Even though there are other instances of Durante’s works existing in different versions, the misattribution persists.
​
The Magnificat is written in the Neapolitan “style gallant ,” which arose during the late Baroque/early pre-classical period, described as “elegant, playful, witty, and ornate.” The work is in six movements, the first and last of which are based on the Tone I Magnificat plainsong melody. Although all the parts sing this tune, it is most obvious in the opening bars sung by the sopranos alone.

I had already started work on Ave maris stella when the events of 9/11 forced me to reconsider my choice of words. Suddenly my original selection of war poetry seemed too disturbing, too provocative and raw, for such a sensitive occasion as Armistice Day. As a result I thought again about the text, wanting to bring something to the work that would have a more personal significance for the City of Portsmouth and its great naval heritage.
​
The texts are taken from the Vesper hymn to the Virgin Mary, Ave maris stella (Hail, Star of the Sea) and two psalms in the Vulgate: Psalm 106, Qui descendunt (They that go down to the sea in ships), and Psalm 26, Dominus illuminate mea (The Lord is my light). This work bears the dedication pro pace, and is inspired by the words of Woodrow Wilson: “The freedom of the seas is the sine qua non of peace, equality, and cooperation.” 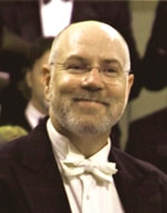 I (Sanford Dole) have been involved in church music for my entire life. After being raised in a Presbyterian church, right after high school I began working in a variety of churches of different denominations around the Bay Area. In 1980 I sought out a position in the Choir of Men and Boys at Grace Cathedral in San Francisco, because I wanted to experience the repertoire and liturgy of the Episcopal high church. Over the next 12 years, going through the church year in this “smells and bells” environment I found myself starting to identify as an Episcopalian. This  led to my accepting the position of Music Director at St. Gregory of Nyssa Episcopal Church, which continues to this day, over 24 years later.

This Episcopal Church’s Book of Common Prayer, published in 1979, includes 21 canticles, Biblical excerpts that can be read or sung during Morning Prayer and Sunday Eucharist services. Over the years I’ve sung these texts countless times. Canticles 9, 10, and 11 in the BCP are called The First, Second, and Third Song of Isaiah. I find these passages from the book of Isaiah to be a compelling and comforting part of my spiritual life. When our board of directors decided to commission new works this season I jumped at the chance to write an extended work with orchestral accompaniment. While I had long been considering the individual Songs of Isaiah as the basis for a cappella anthems, it all came together when I realized they would make a satisfying set as movements in a cantata-like composition.

From the start I intended to write in a style that was less harmonically complex than I often employ. I wanted this work to be accessible to a broad range of church and community choirs in hopes that it may receive performances beyond these concerts. (Indeed, there is already a second performance scheduled this summer by Consort Chorale in Marin!) And I’m hopeful that audiences will be able to readily appreciate it on a single hearing. Having the strings and harp available allowed me to keep the choral parts somewhat more straightforward, while still maintaining the harmonic and rhythmic drive that excites me as a composer.

The first movement, “Surely it is God who saves me,” sets up a pulsing B♭7 chord over which the harp introduces a repeating figuration. These rhythmic seeds are the basis for the entire movement, along with the use of mixed meter (alternating bars of 4/4 and 7/8) to generate interest and excitement.

The Second Song is a more traditional middle movement, much softer and slower to provide contrast. It unfolds in a languid 3/4 for an extended time before breaking into a faster 6/8 middle section. The opening material finally returns, and the slow waltz comes to a gentle conclusion. This piece may be the most lyrical music I’ve ever composed.
​
Finally, the Third Song, “Arise, shine, for your light has come,” is all about melding the traditional Biblical text with idioms found in popular dance music. The double bass and harp set up a classic rock-and-roll groove, and everything builds from there.  The final “Glory to the Father…” further references the popular music of my youth, as it is inspired by the theme music to the 1960 s television show “Peter Gunn.”