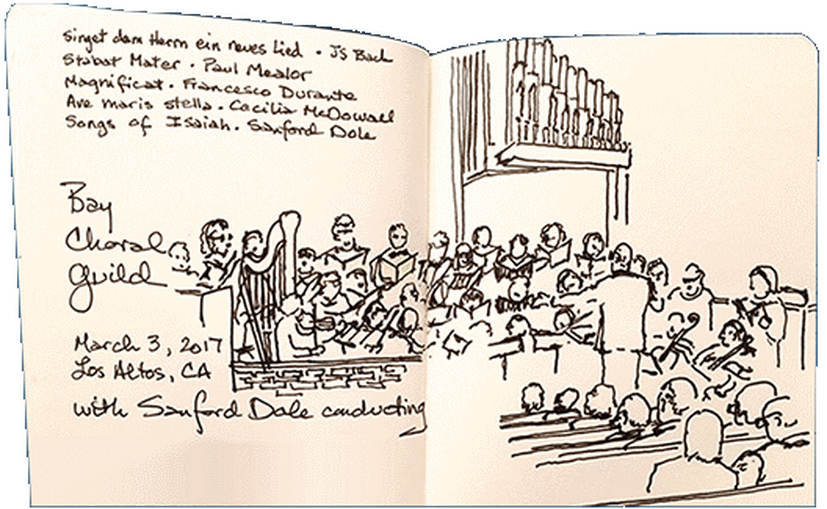 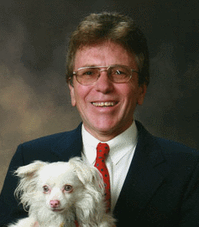 I had the opportunity to attend a concert Sunday March 5 by the Bay Choral Guild in San Francisco at St. Mark’s Lutheran Church. There were several nice surprises on the program (as one would expect knowing this group), and the whole concert was very enjoyable and well-received.

For me, Sanford Dole’s Songs of Isaiah, receiving its world premier in this concert, was the high point of the concert. Mr. Dole has developed a style that is original and unique in his use of harmony, rhythm, counterpoint, and melody, and this work was a good example. It began with a compelling rhythmic section, which set the tone for the entire piece. Although his harmony was very tonal, he used it in a special way—familiar chords were used, but not in the traditional manner, as Mr. Dole’s chords (at least in this work) led to unexpected resolutions, but in a way that always sounded right to the ear. When I read the program notes, I chuckled at Mr. Dole’s comment that the final movement was inspired by the theme from the 50s television show Peter Gunn—and he was indeed correct. I could hear this theme used in an unexpected way through the orchestra. This was not done in an obvious manner, but if you listened carefully, you could hear it. And it worked!
​
As in reading a good novel or watching a film, I was not for a moment distracted throughout the entire multi-movement work, as there were so many nice musical surprises in the writing. Each movement had its own character, and as it progressed, I was able to discern stylistic elements that were consistent throughout. A strong choral conductor with a well-trained choir, Mr. Dole knows how to set texts in a way that sounds natural; he knows, too, how to evoke a beautiful sound from this fine group and that was apparent throughout the program. The small string orchestra played with confidence and dedication, and balances were always good between chorus and instruments.
In summary, Mr. Dole’s concert was excellent, and Songs of Isaiah stood as the most compelling part of the concert. Mr. Dole is a composer with a strong musical imagination, and his music, though it is fresh and original, is in the best sense audience-friendly—evidenced by a standing ovation and several curtain calls.

Henry Mollicone is an American composer and musical instructor. He currently resides in Saratoga, California. BCG premiered his Missa Brevis for the Refugees of War at our December, 2016 concerts.
​
Artwork above is a sketch made by artist Tyra Gilb at the Los Altos performance.