Dec 7, 8, 9, 2012
In the first half of the show, we celebrate Advent as we perform a variety of contemporary settings of the Great O Antiphons. These brief prayers, each one starting with the word “O,” refer to Christ by alternate images; O Wisdom, O Root of Jesse, O King of the Nations, etc. Originally simple plainsong chants sung during the seven days leading up to Christmas, 20th century composers began using these texts as the basis for seven-movement Advent cantatas. For our O Antiphon set, we’ve chosen seven sections from three cantatas by three living composers: Polish composer Pavel Lukaszewski, Estonian Arvo Pärt, and Seattle-based John Muehleisen. By turns meditative and spirited, these works create a musical experience you won’t soon forget! 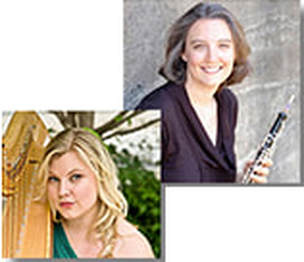 Following intermission we will be joined by harpist Meredith Clark and oboist Adrienne Malley.  Meredith will accompany the chorus in Benjamin Britten’s classic A Ceremony of Carols.  Adrienne will accompany the chorus in Serenity by Norwegian Ola Gjeilo, and both will join in on our wonderful finale, Three Nativity Carols by American Stephen Paulus, which includes a delightful new setting of The Holly and the Ivy.